It’s Here!! Our romantic suspense The Painter is a Lady was just released today at Extasy Books, and will be available at Amazon and other outlets within a week!

We went back to one of our favorite places to set this story—check out our Pinterest board for a peek at Chequamegon Bay and the Duluth Lift Bridge, sights included in the book. “Ice-Out” plays a central role in the story. If you don’t know what that means, you’ve never lived in the northland 🙂 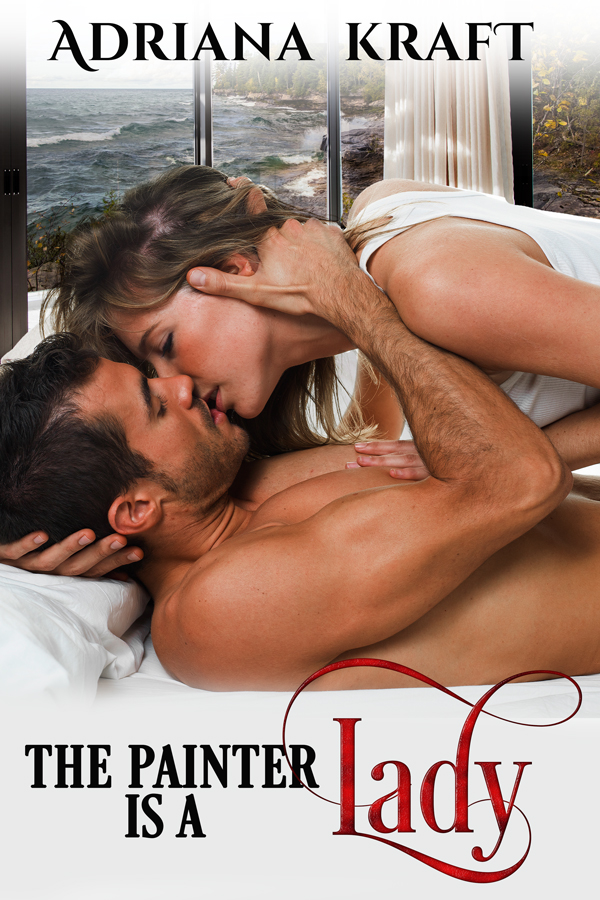 Who will knuckle under first—

Or the former high school bully who still hates them both?

When war hero Michael Jarvis returns to his hometown on the shores of Lake Superior, he doesn’t plan to stay—he’s undercover, investigating a possible sex trafficking ring operating on the Great Lakes. But he does want to sample the pesky girl next door he always turned down—and it wouldn’t hurt if she’d clear up a few mysteries of her own.

Successfully established as an interior house painter, Brenda Tower finally has her act together as a single mom—but it hangs by a thread, a secret she’ll guard with her life. The return of her youthful crush Michael Jarvis threatens to unravel everything.

Jealousy has inflamed Brett Hill’s hatred of Michael and Brenda for as long as he can remember. Revenge will be so sweet—and it will fit in perfectly with his high stakes game.

When the secrets break open, can Michael and Brenda find the courage to trust each other, or will revenge and betrayal triumph?

Ignoring the catch in her voice, Brenda asked, “Did you really tell Tommy you’d help him with his pitching?”

Michael’s eyes lit up. “Ah, he remembered. I wasn’t sure he would. I did tell him once that if I moved back here, I might give him some tips.”

“Why did you even suggest such a thing? You obviously know the rumors. So does Tommy.” She gulped and curled her fingers into fists. “He thinks you’re his father. He wants you to be his father.”

Sitting back in the booth as if she’d slapped him, he eyed her cautiously. “And that’s my fault? I’ve only seen him a few times. When we did have that conversation, he was having a bad day. He’d been ragged on by his peers for throwing like a girl. He’d been crying, for God’s sake. I just stumbled into him near the park as he was coming home from school. He knew who I was. I knew who he was. So we talked. I didn’t think that was a crime.”

The pain on Michael’s face made Brenda wince. “I didn’t mean it that way. I doubt you’d do anything to hurt a little boy, but…but Tommy thinks you’re a hero. He’s eager to have you as a friend.”

Michael shrugged. “Sounds like the boy is more eager than his mother.”

“Damn. Do you have to twist everything I’m trying to say?” She clenched her fingers around the stein she’d hardly touched since sitting down.

“Sorry,” he said softly. “Maybe we could start over. You were going to tell me why you selected me as Tommy’s father. There must’ve been plenty of others to choose from.”

“That hurts.” She shook her head. “Don’t apologize. I deserved that. We both know I was quite active sexually before Tommy was born.” She shrugged. “You made the most sense. You weren’t around to protest, and folks in town thought we’d been together off and on since I reached puberty, anyway.”

“So much for folks in town.”

“Right. Anyway. I wasn’t going to leave that line on the birth certificate blank. You were convenient. You were out of the country. I imagine I thought you might never find out.” She fought back tears, remembering filling out the necessary forms two days after Tommy was born. “And you were my friend.”

“I won’t deny that. For all the misery you caused me, there were plenty of times you stood by me when the chips were down. So I was convenient.” Michael raked his fingers through his hair. “You can tell me it’s none of my business, but I have to ask. Do you know who is Tommy’s actual father?”

Brenda gulped for air, nodded, and ignored the tears suddenly brimming in her eyes. “Yes,” she squeaked. “But I won’t tell you.”

“I wasn’t asking you to, but at least I know you’re not just protecting Tommy―you’re also protecting his father.”