Welcome to My Sexy Saturday Week 177, where authors tease you with seven sentences or paragraphs from their sexy stories!

This week’s theme is Shy Yet Sexy. 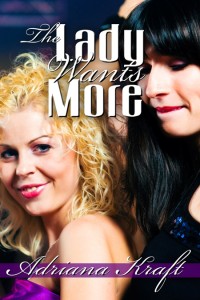 We were invited to write this novella in 2011 for Torquere as part of Sapphic Signs, a twelve-month Zodiac series for lesbian fiction, and when our two year contract was up, we indie-pubbed it. Our choice of Zodiac signs? We selected our own birth signs, and Janet is me, Cancer to the core. We didn’t have far to reach for their relationship dynamics…

SET UP At the reunion, Janet runs into Brenda, who’s just moved back from California to New York. They ditch the formal reunion proceedings and head to the campus bar where they used to hang out…

“Let’s dance,” Brenda said. “For old times’ sake. You used to be a good dancer.”

Standing, Janet knew it was too late to avoid dancing. She closed her eyes. She loved dancing. She’d loved it ever since she was a little girl, when she’d started ballet lessons.

And she wasn’t a bad dancer. But as she grew taller and taller, fewer boys wanted to dance with her.

Janet sighed and caved in to Brenda. With more than a little trepidation, she held Brenda’s hand and tried not to think about what the other Eagle patrons might be assuming as she and Brenda made their way across the dimly lit room.

Review: Five Stars: I loved these ladies! Building up the sexual tension between these two is the heart of this book. When they finally give in, I was right there with them. They are HOT!!!! Sheila G, Amazon

Be sure to check out the other sexy snippets at these links: