Since I wish to focus my next spate of Book Reviews on women across the ages who’ve had an impact on the history of the British Empire, where better to start than the hand-fasted first wife of of Rollo, the the Viking invader of Rouen, whose great-great-grandson conquered England in 1066? 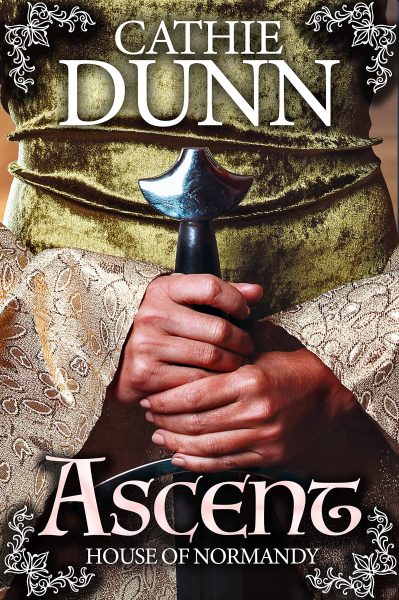 Historical fiction author Cathie Dunn has penned a moving account of what could have been this important forebearer’s experience and influence in the decades immediately following Rollo’s late ninth century invasion and ultimate victory over what is now Normandy, France. Reliable records of Rollo’s life and actions are scarce, and those of his handfasted wife Poppa of Bayeux even more elusive. But weaving together what is known with what might be reasonably conjectured, Dunn has given us a brave, determined and hard working early French noblewoman who, given in marriage to the pagan invader against her will to secure advantages for her father, rose above hatred and prejudice and formed at least a tolerable relationship that surely impacted the course of history. It is the offspring of this union who form the foundation of what became the Duchy of Normandy and ultimately the House of Normandy in England.

I love reading about bold, impetuous women who none-the-less show good judgment when necessary and have their wits about them. This is who author Cathie Dunn has given us in fleshing out the bare bones of Poppa’s story. A mere fourteen years old upon Rollo’s arrival, Poppa is handfasted to him as wife but, in Dunn’s account, is left behind for several years as he moves further up the river valley, to Rouen, which he conquers. In the interim she develops skills in managing her father’s estate – skills that will be especially helpful when she must manage Rollo’s ever increasing dominions.

It required considerable boldness and dedication in that era for a Christian woman to consent to remain in what her church viewed as a non-sanctioned marriage to a pagan; yet there is no evidence that a Christian wedding ceremony ever took place between Poppa and Rollo. Many of the details Dunn has created in this highly engaging story are pure conjecture, but they surely fit with such boldness and as such, seem at least plausible. And, as any novelist hopes, they make for a story that will have readers rooting for Poppa. I highly recommend this novel.

This book is the first in a projected series about the first three Norman brides. I eagerly await the second installment, promised for sometime in 2023

Free to read on Kindle Unlimited.