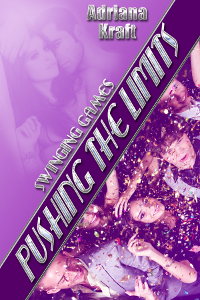 Brett and Jen thrill to hot three-way phone sex, more male action for Brett and Ryan, a sizzling house party and finally, a decadent weekend with their new Unicorn.

Their new Unicorn Sarah Creston may be out of town, but that doesn’t stop Jen and Brett Andrews from burning up the wires with some scorching three-way phone sex. While they’re waiting for Sarah, Ryan eagerly pursues Brett for some hot male action, followed by a house party that challenges Jen and Brett’s stereotypes. Sarah finally arrives, exhausted and drained from weeks spent helping her aging parents. Jen and Brett provide total tender care for three days—but when Jen invites Sarah to move in for the whole summer, Brett asks himself, is there a limit?

Lying on her back, Jen felt the warmth of morning sunrays pouring through the east window caressing her nude form before she opened her eyes. Someone had been up and opened the curtains. Her nostrils twitched at the aroma of freshly brewed coffee. That answered that question. Brett was awake.

She stretched languidly, not quite wanting to begin the day. And then she remembered. That other scent. The scent of a woman. The scent of Sarah Creston. In their bed. Lying next to her.