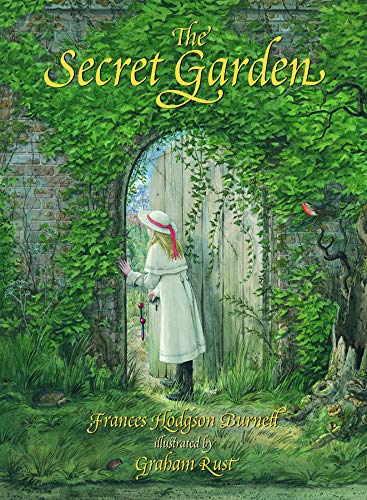 “There’s lots o’ dead wood as ought to be cut out,” Dickon said. “An’ there’s a lot o’ old wood, but it made some new last year. This here’s a new bit,” and he touched a shoot which looked brownish green instead of hard, dry gray.

Mary touched it herself in an eager, reverent way. “That one?” she said. “Is that one quite alive?”

Dickon curved his wide smiling mouth. “It’s as wick as you or me.” 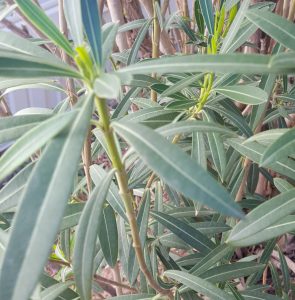 Okay, confession time – do you ever, when you’re pruning and unintentionally clip off a branch that’s green, say “Oh! That one’s wick!”

I was trimming back our Oleander so it wouldn’t brush against the house when we get strong monsoon winds. There were several live branches I intended to cut back, but then when I was cleaning up its final shape, I accidentally cut a branch that had a bloom on it. And there came the words, unbidden, from my childhood.

The Secret Garden. I’ve no idea how old I was when I first read it, but it’s still vivid to me. I wanted to run wild in those Yorkshire moors, I wanted to be any of those three children, and most especially, I yearned to have my own “bit of earth” to garden.

That final wish, my mother in her wisdom granted, to my younger sister and me. A plot of downhill slope, in the corner behind the shed and beside the chicken yard, maybe thirty feet by sixty. She let us fill it with seedlings from anyplace we could find them. We created a path, lined it with boxwood seedlings, planted iris when Mother broke up the corms from her flower beds in the fall, planted a mimosa seedling, and even found a paper mulberry sapling by the old corncrib that we transplanted partway down the slope. Later there were daylilies and a rose arbor.

Fast forward three or four decades, and my youngest son, aged about 11 at the time, was cast in the role of the invalid Colin in our local community theater’s production of The Secret Garden. Proud moment. Clearly the garden (no longer quite so secret) is still with me.

What childhood books have enchanted you long into adulthood? Curious minds want to know.