My Sexy Stranger ~ He’s been vouched for #MSS172 #MFRWAuthor 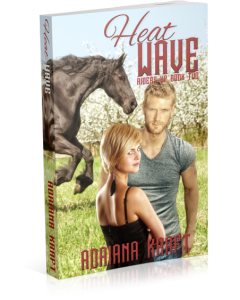 “I’m afraid I already have a dinner commitment. I’m on a conference committee,” Kara explained. “If you come by my hotel around nine o’clock, you could help tuck me in for the night.”

“I see,” Ted responded. “And do I get to stay an hour, or will you require more of my services than that?”

“No need to get pissy about it,” she snapped. “We can always wait until the next night if you prefer. I don’t have any dinner plans then. As for time limits—you can stay the night if you want. We might even have time for breakfast in bed. But I have to be at a meeting by eight thirty. Does any of this work for you?”

“I’ll make it work. I’m a little surprised I get to stay the night.”

“By the time I’m done with you, I doubt you’ll have the strength to crawl out of the hotel. And that way we get to enjoy waking each other up in the morning.”

“Maybe you won’t want to be around me early in the morning. I’m told I can be a bear.”

“Maybe I’m better at waking up a man than your other women are.”

Be sure to check out the other teases at the links below: 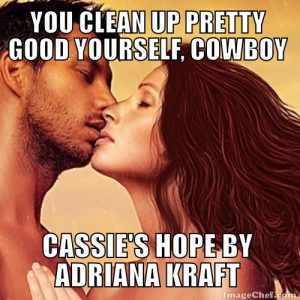 Here’s a taste of our first romantic suspense release – the very first fiction we wrote together!

Shaking her head, Cassie grabbed a hoof pick from her back pocket, lifted one of Hope’s front hooves, and began extracting dirt and pebbles.

Cassie groaned at the strange deep voice and the too-familiar line. Couldn’t men anywhere be a little more original?

Dropping the hoof, Cassie glanced across Hope’s back and gasped. The deeply tanned hunk behind the voice had shoulders that stretched taut a pale yellow polo shirt covered, in part, with a thin buckskin vest. The wide cowboy buckle appeared unnecessary to hold up well contoured Levi’s. A sweat-stained brown Stetson, tipped low, cast a light shadow across his facial features. His worn boots were those of a working man. This was no drugstore cowboy.

He stepped closer. She could make out a scowl. Dark eyes snapped a foreboding anger. Raven black hair framed chiseled features, searing them into Cassie’s brain. Her toes curled involuntarily. She rubbed Hope’s coat vigorously. Who the hell was he? And to top it off, he didn’t even seem to notice her. His eyes appraised only the horse.

“Thanks,” she mumbled, ducking down by Hope’s flank.

The handsome stranger walked around the horse. “Very nice,” he drawled at last.

Five stars at Goodreads and Amazon:

“I loved Cassie and Clint. These two stubborn, prideful people remind me of Darcy and Elizabeth Bennett…Cassie’s Hope is the first book of a series. I cannot wait to read the rest of the books” Sheila G.

“I took their journey with them. I felt their pain, their sadness, their struggles, and most of all their love. And that is the mark of a truly good book.” Faith H.

What happens when a fiercely loyal widowed half-Ute cowboy meets a fiery redhead with an Irish temper to match? Cassidy O’Hanlon – Cassie, to her friends – has set aside her Chicago career for six months to train racehorses for her dad after his stroke.

Furious the interloper has shipped in a ringer from the Chicago circuit to his Wyoming turf, Rancher/trainer Clint Travers sets out to put her in her place. Sparks fly immediately, but after their rocky start, the two quickly forge a passionate relationship, and he follows her to Chicago.

When it becomes clear someone is drugging Cassie’s horse, Clint sets out to solve the mystery, but storms off in a cloud of wounded pride when suspicions turn to him.