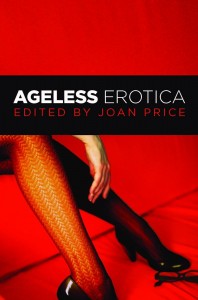 If you’re under thirty or even in your forties, you might never pick up this book, but you should. Ageless Erotica, edited by Joan Price, is a steamy collection of erotica by and about men and women over fifty. The book flies in the face of the notion that our sex lives have to diminish as we age, or that if we stay sexually active, we shouldn’t talk or write about it. The stories offer hope for those under fifty and will bring smiles of recognition, laughter, arousal, and delight to readers old enough to identify.

I was impressed by the wide range of stories, characters, plots, themes and creative sex acts across the collection. There’s solo sex, same and opposite gender sex, fantasy sex, married sex, pick-up sex, sex with a paid professional, a touch of kink – a little something for everyone, demonstrating that just as sex doesn’t have to stop as we age, neither does creativity and imagination. We’re told the authors range in age from fifty to eighty, and I take encouragement from that!

The theme of carrying a secret pleasure turned up in both “Other People’s Stuff,” by Susan St. Aubin, and ”Jaguar Dreams,” by Evvy Lynn. If you’ve ever wondered why old people are smiling to themselves, “Jaguar Dreams” will forever change your answer.

I also loved the open, tender married relationship in D.L. King’s “Mr. Smith, Ms. Jones will see you now.” Mr. Smith’s wife is never on the page, but always in his thoughts through each iteration of kink delivered by Ms. Jones, whose first appointment was gifted to him by the wife unable to enjoy the kink she knows he needs. This story captures so beautifully the rewards an open relationship can deliver to the primary couple, under the best of circumstances. 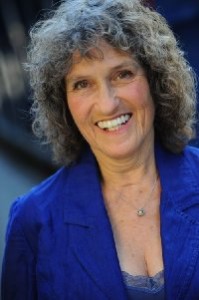 Joan Price is a highschool-English-teacher-turned-exercise professional after an automobile accident nearly claimed her life in 1979. She married the love of her life in her late fifties, lost him to cancer a mere seven years later, and turned her energies to celebrating the excitement, sizzle and sexuality she and others have discovered in later life. You can find all her books at her Amazon PAGE, and she blogs about sex and aging at Better Than I Ever Expected.

If you’re over fifty, she’s seeking input for her next book, The Ultimate Guide to Sex After Fifty, at this LINK

Stay sexy, and have fun!