Flynn Gifford is enjoying a simple existence in a rural Derbyshire village when Caroline Rogers crashes into his life, barefoot and panicked.

Their lives could hardly be more different—she owns a successful luxury hotel chain, and he’s a penniless nomad who’s off the grid—yet neither can deny the attraction that burns between them. As Caroline reluctantly starts to open up to him, Flynn finds himself divulging some secrets of his own, secrets he thought he’d take to his grave.

But can a billionaire and a wild man ever make a relationship work, or will their secrets keep them apart?

PLEASE NOTE: This book has been previously published. This version has been re-edited. 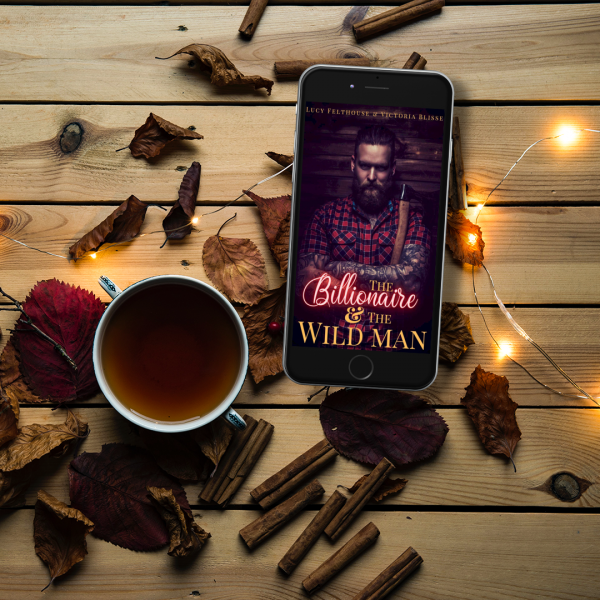 I’m busy minding my own business, clearing up litter in a field on the outskirts of Hartington when what can only be described as a crazy woman appears, seemingly from nowhere. She’s all wild-eyed, and her blonde hair looks damp. Her outfit is unremarkable, except for the fact she’s got nothing on her feet. Bright red toenails seem massively out of place in this rural village. She seems out of place. I’m not sure why I think this, but somehow, she just doesn’t appear to belong. So what the hell is she doing here?

Normally, I steer clear of other folk unless it’s absolutely necessary, but this woman looks like she needs help. If she’s crossed the road with her feet like that, then they’re going to be scratched to buggery, maybe even cut.

Taking a deep breath, I chuck the empty crisp packet I’ve been holding into my rubbish bag. Then I place it next to the tree I’m standing beside and step out into the woman’s path. I’m used to people not seeing me—or behaving like they haven’t seen me, anyway—so I’m not surprised when she lets out a shriek that could wake the dead and freezes in front of me.

“Hey, hey,” I say gently, holding my hands up placatingly. “It’s okay. I’m not going to hurt you. I just wanted to come and see if you were all right. I can’t help but notice you’re not wearing any shoes. You’re not hurt, are you?” If this chick is so desperate to get away that she’s gone without shoes, then something’s wrong. Seriously wrong.

I look around, half-expecting to see an angry husband chasing after her, or maybe even a shopkeeper. She could be a thief. Glancing at her again, I realise that can’t possibly be the case, unless she’s stolen something invisible. All she has are the clothes on her back.

She still hasn’t spoken, so I try again, attempting to make myself appear friendly, welcoming. Not an easy thing when you’re over six feet tall and pretty wide, too. Also, the tattoos, and the fact I haven’t had a change of clothes, shave, or a haircut for a while don’t help. I wouldn’t blame her if she ran away, to be honest. I must look a fright, but I haven’t peered into a mirror—or even a window—for a good few days, so I can’t be sure.

“Please answer me. Are you hurt? Is there someone after you?”

She looks around, then back at me. Shakes her head. I’m confused—if there’s no one after her, why did she look behind her?

I crouch down. “Are your feet okay? Cut?”

She lifts each foot in turn, checks the soles. So do I. They’re fine. Now she’s answered another of my questions, too. Her accent doesn’t sound local. More like southern England. London, perhaps.

I suppress an involuntary shudder. The thought of London, the big, dirty, smoky city, does not impress me. Horrible bloody place. But at least it explains why the blonde doesn’t fit in. She’s not from around here.

Naturally, I still have a million and one questions, but I don’t know how to ask them without bombarding or intimidating her. Not to mention that really, I have no right to know the answers. I’m a total stranger. But there’s something about her, about her appearance—and I don’t just mean the lack of footwear—that makes me want to help her. Or at least get her back where she came from, which is clearly somewhere in the village. She certainly hasn’t come far, as otherwise her feet would be filthy and bleeding.

What the hell is she doing here?

Victoria Blisse (she/her) is known as the Queen of Smut, Reverend to the kinky and is the Writer in Residence at Cocktails and Fuck Tales. She’s also an angel. Ask anyone. She can often be found in a local BDSM club, running events such as Smut Market or asking mean people to be wonderfully mean to her. Mancunian Odd Duck, her northern English quirkiness shows through in all of her stories along with her own particular brand of humour and romance that bring laughs and warm fuzzies in equal measure. Passion, love and laughter fill her works, just as they fill her busy life. Find out more at http://victoriablisse.co.uk 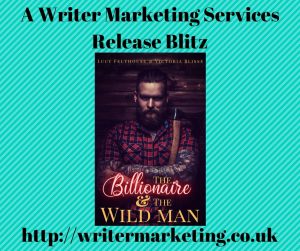