I LOVED THIS BOOK! Everything about Kitty and Jared was amazing. The run to and pull back and chase between them is amazing. Laurie, The Romance Reviews.

We’re thrilled with this cover by Dawné Dominique of DuskTilDawn Designs: 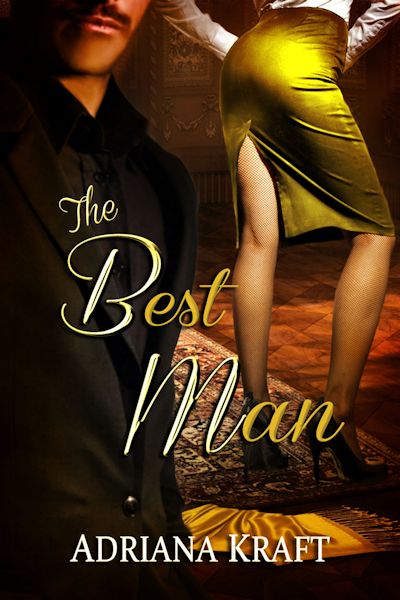 Bad boy meets bad girl. Is there anything more?

Passionate, hard working and every inch a business woman,Chicago realtor Kitty Paige likes her sex raw and edgy, and sees no reason to limit herself to just one man. Never married and not quite forty, the striking blonde has successfully raised her daughter, Susan, and is already pushing her new-found freedom to the limits.

Wealthy commodities middle-man and race horse owner Jared Jacobs is father of the best man at Susan’s wedding. He is smitten by the vision in yellow who exudes sex as she escorts her daughter down the aisle. Also single, the handsome mustached California ranch owner with mischievous eyes views his sex life as a series of splendid love affairs, and sets out to make Kitty next on the list.

Together and apart, their chemistry is explosive, and their sparkling repartee and steamy sex catch both partners by surprise. Jared is first to recognize he’s fallen in love. When Kitty panics, can Jared finesse his every move and reel her in?

Leaning against the banquet room wall, Jared Jacobs surreptitiously studied his prey one more time. The tall shapely blonde in the canary yellow dress and yellow stilettos had drawn his attention from the moment he’d seen her walking her daughter down the aisle.

She’d escorted the bride with her chin up and with a satisfied smile on her ruby lips. Apparently she and her daughter didn’t mind thumbing their noses at custom. Unlike many mothers of the bride he’d seen, this one did not carry a Kleenex in her hand. She probably didn’t have any in her tiny clutch purse, either. Tears wouldn’t come naturally to the fair-skinned female exuding confidence at the chapel and here at the reception.

She appeared to laugh easily enough with acquaintances at the table where she was seated. But a careful observer would note that her laughter seldom reached her eyes. Like him, she was a sharp observer. She’d assessed everyone in the room, particularly the men. When her gaze had settled on his from across the room, she’d lingered ever so briefly before moving her attention to the person standing next to him.

The small band began to play in earnest. Considerable banter and movement was occurring at the head table, where the groom helped his bride to her feet. Jared smiled. The traditional first dance was about to begin.

No one had bothered to introduce him to the mother of the bride. He’d made a point to find out what he could about her. Kitty Paige lived inChicago. Never married, she’d raised her daughter by herself. To her credit, Susan had done well in school, in her profession and now in marriage. Her mother had little formal education beyond high school and apparently had no need for a husband. She certainly had no need for a husband’s second income. According to his sources, Kitty Paige was acknowledged, grudgingly by some, as one of the top ten most successful realtors in theChicagoarea, specializing in high end residential and commercial properties. She could likely buy and sell anyone in the room.

He smiled to himself. Well, most anyone. Jared combed his narrow mustache with his fingers and pushed away from the wall. The dance floor was already getting crowded.

Watch this space for the release announcement and buy links!