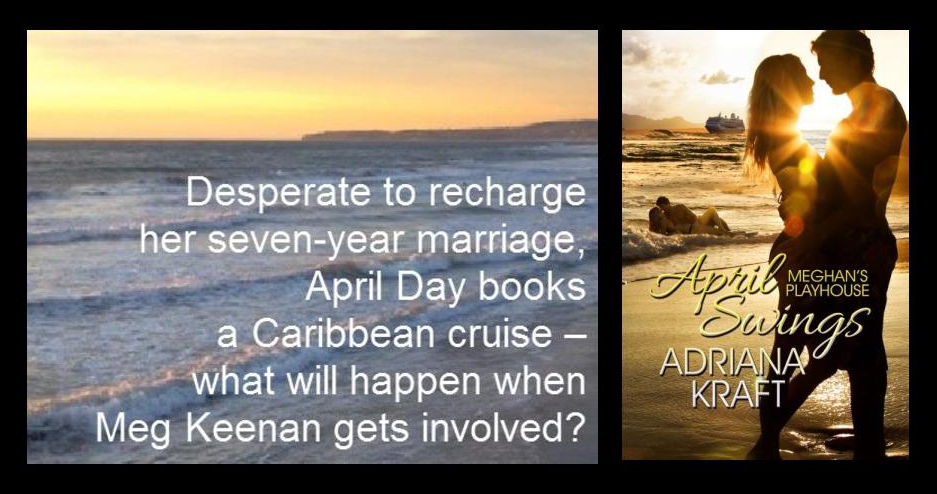 Set-up: Derek has just returned to his and April’s suite after a solitary lunch and a couple beers…

Derek strolled into the sitting area and plopped down on the couch. He flipped on a lamp and picked up a magazine when a noise from the bed alerted him that he was not alone.
He blinked, adjusting his eyes to the dim light and to the surreal scene. Two masked women knelt on the bed facing each other with their heads turned toward him. The gauzy curtain separated them from him, but he could tell that one was a blonde and the other had auburn hair. They wore equally transparent gowns. He stared hard but couldn’t decide whether they were actually wearing masks or if they’d painted their faces. Each woman thrust her tongue out at him as if beckoning him to join them.
Derek sat rigidly on the couch. He wasn’t about to join this game. He wet his lips. Had his body been planted in cement? He couldn’t move a muscle to leave.
“Glad you got back in time for the main act.”
Derek swallowed hard at Meg’s taunt. They were hardly trying to conceal their identities. Had they actually waited for him? Maybe the actress could only perform in front of an audience.
“You can join us if you want,” April said.