Tucked in the hilly Iowa countryside just a little west and south of Des Moines is a very famous set of covered bridges immortalized by the 1992 book The Bridges of Madison County and the 1995 movie of the same name. We’d never seen them, so we took up our friends’ offer a couple weeks ago, rented and watched the movie in preparation and drove out to meet our friends in Winterset. The afternoon was rainy and unseasonably cold, and we lingered over coffee in a downtown café watching the radar on my Blackberry waiting for the sunshine it promised any minute.

At last the sun broke through and we headed out to Roseman Bridge – the last, hard-to-find bridge that propelled fictional photographer Robert Kincaid into Francesca Johnson’s farmyard, and into her life. Built in 1883, this bridge still stands in its original location, though it was renovated in 1992. The bridges were originally covered to protect the expensive heavy main timbers that supported them, since replacing the boards of the roof and walls was cheaper than rebuilding. The main timbers we saw, then, dated back 117 years – how I wished they could speak. Fiction writers are always looking for stories.

In the movie, Francesca rides with the photographer in his truck to help him find this bridge, and later drives back there herself to tack up a note she knows he’ll find the next morning when he returns for his dawn photo shoot. Romantic? Definitely. The countryside we drove through was rich with fall colors and abundant crops ready for harvest. Goldenrod and Black Eyed Susans made a colorful contrast with thick stands of purple asters, and a few lingering Monarch butterflies graced us with their presence in the early stage of their migration south. Somehow, though, the ancient bridge and autumn scenes felt more congruent with the movie’s sad ending than with the hopefulness and optimism of romance.

And then we saw them. A young couple had just finished their lunch under the safe shelter of the far end of the bridge. We walked up as they were packing up their blankets and picnic basket, and I commented that they’d found the perfect place for a picnic on a rainy day. With shining eyes that gave evidence of recent tears, the young woman smiled and held up her left hand to show us her new diamond ring. So much more than a picnic – a new story for the ancient timbers, a happy ending for the Roseman Bridge, and for our day. Now there’s romance. 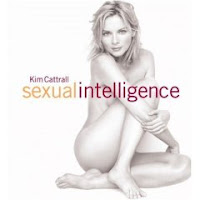 Colors of the Night just received a Top Pick from MonicaBBB at Night Owl Reviews!

This book is excellent. I love the idea of the Goddess of Love teaching this couple how to love and accept love. The characters are normal people, just a normal couple with normal issues and the Goddess is—well—a Goddess, so she is not normal but she is still incredibly sexy and confident…Another great story by Adriana Kraft!

I’ll be reading an excerpt from this spicy paranormal adventure live Monday night, April 12, at 11pm EDT on blogtalk radio:  http://www.blogtalkradio.com/other_worlds_of_romance. Colors of the Night is available at Extasy Books, Fictionwise, and Amazon.com.

The dazzling and timeless love goddess Aria pays a visit to struggling thirty-something Jamie and Ryan Hazleton, who are on the brink of divorce.  When the hot sex that results from her first lesson cools to icy glares, Aria decides to move in with them and provide more experiential learning.  Can Ryan overcome his jealousy of Jamie’s uninhibited response to the delectable goddess? What if he succumbs to his own desires?  Only time will tell whether this love triangle with an immortal will ignite or extinguish the dying embers of Jamie and Ryan’s love.

“Can an erotic romance involving three people have a happy ending for everyone involved? Is it even possible? Yes, at least in the plausible-enough world of this novel…Chapter by chapter, the characters and the reader wade steadily deeper into unmapped territory. Somehow it all works, and the menu of the place has enough variety to please most appetites. The sex scenes range from gentle rituals to intense, spontaneous fucks, and each scene leads to greater trust among the characters. Throughout the saga, all three central characters keep the strangely innocent quality of people who never lose their ability to empathize with others. You’ll be glad you met them.”

Read the entire review at lizardlez

What would it be like to be romanced by not one but two potential partners, simultaneously? Luci Parker has finally achieved the career of her dreams as an erotica author – but the only romance in her life these days is in the books she writes. Long attracted to both men and women, Luci despairs of ever finding just one person to settle down with.

Owners of a South Side Chicago bookstore, Chai and Frank Ferguson eagerly devour Luci’s books as fast as she can write them, and now they wonder if she might be the woman they’ve been looking for.

Frank is deeply in love with Chai but knows she’ll never be complete without a woman to love as well. Can he match the passion of not one but two exquisite and complicated women at the same time? Will Luci even want him? And if Chai truly falls in love with Luci, will there be room for him?

Martine Jardine’s fabulous cover for Colors of the Night is a winner this week at Ann Cory’s Paranormal Monday!!!!