Two posts crossed my path this morning and they kind of go together. The first is from Life On The Swingset – a real-life swinger who is blogging about his journey in the lifestyle. He came out about his poly lifestyle to a friend, and it cost him the friendship. Here’s the blog LINK. Go like his Facebook Page, if you’re looking for a window into the poly lifestyle.

The very next post in my feed was from The Pleasure Coach (another page I highly recommend you “like”) – it was the graphic below:

So I always reach back to the Sex Positivity credo (with a shout-out to sex blogger Charlie Glickman) when I run into these things: There are only three criteria for judging any sexual act.

That’s it. Period. No judgment, no censure, no shame in someone else’s choices, as long as it meets these criteria.

This morning over at Get Lusty for Couples, we ran across an interview with Erika Lust, whose work we highly recommend. She’s doing on film what we hope we’re doing on the page of our novels: “Watching an erotic film together could be the ultimate fantasy for some people, or it may open doors to new ones – like exploring fetishes, trying new positions or even making a film of one’s own! The key here is communication, and watching films together can really get the ball rolling, especially if you’re having a hard time explaining what you want, or what you fantasize about trying.”

Maybe Jen and Brett watched Five Hot Stories for Her, or perhaps it was Life Love and Lust. If you’d like to explore Erika’s work, you can download two free shorts by signing up for her newsletter at this LINK on her Facebook page.

You’ll be glad you did!

This morning I ran across a fabulous post from Get Lusty for Couples – Seven ways to Prolong Foreplay: http://getlusty.blogspot.com/2012/12/7-ways-to-prolong-foreplay.html 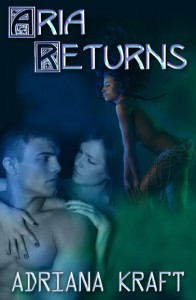 In the scene I’m editing, Aria coaches our couple to the brink of orgasm and back not just once, but over and over, helping them prolong their heightened state of arousal and build toward the most all-encompassing orgasm either of them has ever experienced.

You’ll have to wait another month or two to read how Aria did it, but in the meantime, please enjoy these tips from a real-life coach to heighten your pleasure!