Do you like Celtic myths and rituals? Both of us have Celtic ancestry, so we delved pretty deeply into that tradition when we were writing this book. Also, we’re both former professors, so it was pretty easy for us (well, me!) to fall in love with our Anthropology Professor hero, Matt Bayfield. Our undercover lady cop (don’t forget, Mr. Kraft is a criminologist) had a harder time with that than we did – since the campus attacks often seem timed just after the prof’s Celtic lectures, she had to check out whether he might be the perp. That much of the story we feel fine giving away – we hope you’ll pick it up on sale to find out more. 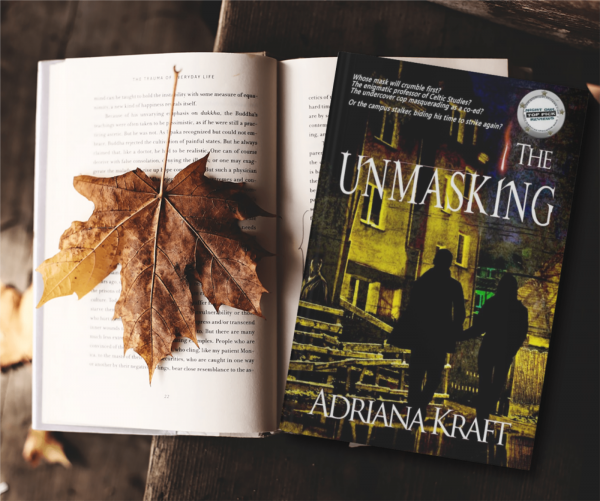 For TBT all month, we’re featuring a peek into the mind of the villain…

He watched the red Jeep Cherokee pull out and turn north toward campus. He ran his tongue across his lips. She’d been a stunning beauty, dressed to attract. More mature than most of the co-eds that frequented the bar. He preferred black hair, but auburn would do. She had the curves to be a worthy goddess. As with the others, he’d collect more evidence to be certain she qualified, but he had little doubt that she would.